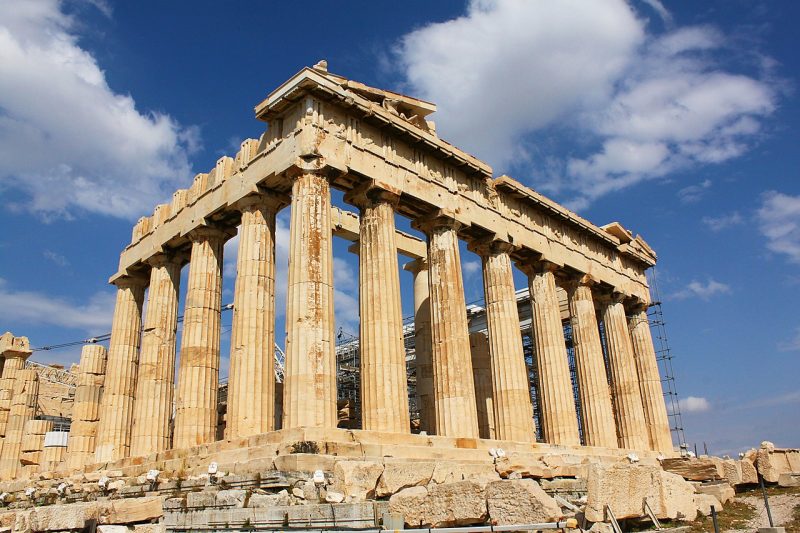 Explore the ancient charms of Athens

With views of the glittering Aegean Sea contrasting deep blue against the brilliant white jumble of houses and the mighty Acropolis holding sway over the leaf-topped horizon, it’s easy to see why visitors find themselves transported back to the heyday of Greece’s ancient capital in all its sun-kissed splendour. Inspired by the Summer Olympics, Athens has enjoyed a revival in recent years as Athenians have worked hard to preserve the city’s world-renowned foundations.

And with it, a modern metropolis has also come into its own, with a new rail and metro system transporting eager tourists into its ancient ruins by day and late-night partygoers back to its lively, vibrant centre by night. However you wish to discover Athína, here are a few things you may want to cross off in your little notebook along the way…

Slow-cooked pork kavourma, mint-infused keftedakia meatballs, a dollop of freshly made tzatziki – whilst you’ll undoubtedly sample many delicious mezé platters during your stay here, wouldn’t it be nice to master the basics of Greek cuisine yourself?

With this in mind, keep a morning free to wander down to the colourful Klimataria Taverna in Theatrou Square, where you’ll be greeted by the owner and star chef, Maria. You’ll be handed an apron (and a welcome shot of raki) and guided through a three-hour cooking class with other eager foodies to master several traditional dishes, such as an authentic Greek salad, fresh shellfish, eggplant pies and melt-in-the-mouth roasted lamb.

What’s more, after you’re done learning the secrets to Greek culinary arts, you and your classmates can reap the rewards by sitting down to a delicious meal made with your own hands.

Discover the Acropolis, heart of Pericles 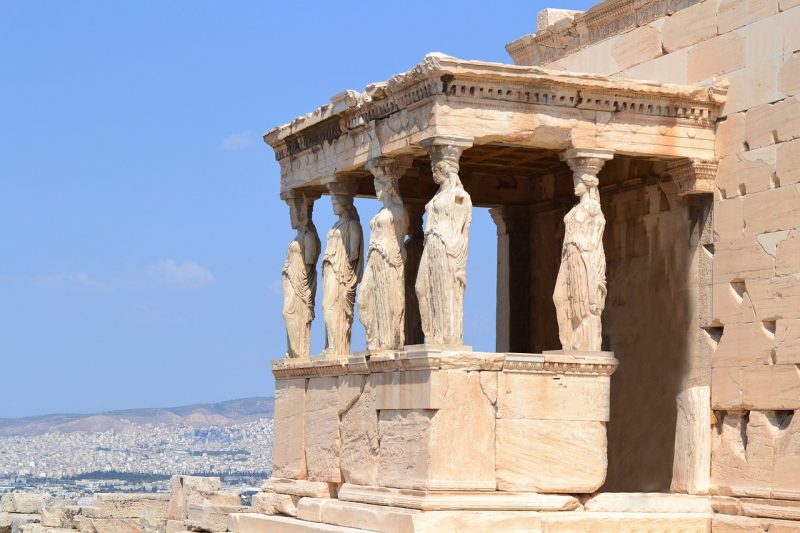 Perched on a rocky outcropping rising 490 feet above Athens, the Acropolis is a time capsule not just of Greek history, but also of all the cultures in the region. Wander the archaeological whorls of human history’s thumbprint back several thousands of years through traces of the Neolithic era, the Bronze Age, the mysteries of the Dark Ages, and the homages to legends of Greek mythology and the great thinkers of Classical Greece.

From every corner of Athens, it is hard not to spot the monuments decorating this UNESCO World Heritage Site gleaming on the horizon, enticing visitors far and wide every year to bear witness to its ancient glory. At the centre of the Acropolis stands the commanding Parthenon (images of Hercules spring to mind) and around it are the remains of many ancient temples, theatres and sanctuaries of the gods.

Delve deeply into the stories behind the ruins by visiting the Acropolis Museum, which offers fascinating exhibitions detailing various archaeological findings, guided tours in English and a 3-D film about the construction of the Acropolis. Dine at the museum’s restaurant on a Friday evening to admire the Acropolis right from your table.

Admire the gods in the Athens stars

Ancient history aside, Athens is also home to one of the world’s most dynamic and technologically advanced planetariums. Budding astronomers of all ages can enjoy panoramic trips to the other side of the galaxy with a 360-degree view thanks to superb IMAX film productions.

The English translation is available for these screenings via headphones, yet whether you choose to hear this narration or not, you’re sure to be blown away by the brilliant colours and clusters of stars dancing before your eyes. Guests are also encouraged to explore the Interactive Science and Technology Exhibition, which offers imaginative presentations including principles of physics, insights into nanotechnology, and the mysterious science behind creating sounds and images. 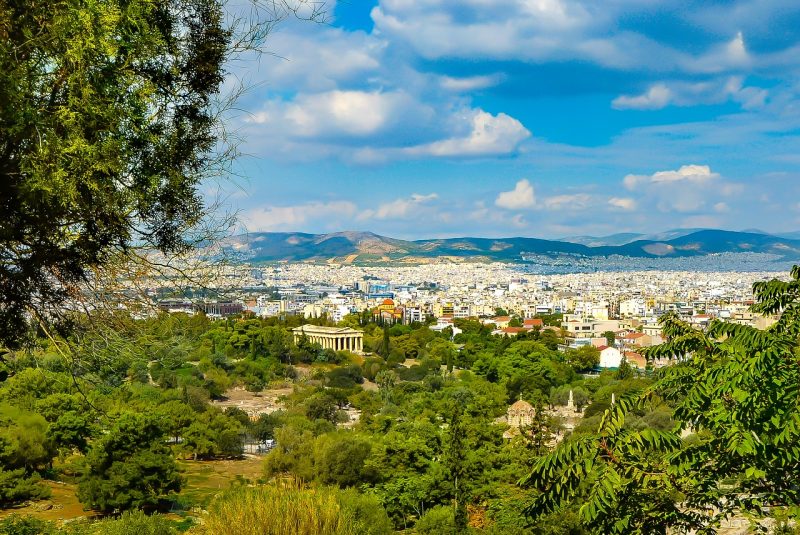 Offering stunning views of the Acropolis and the city sprawling across the Attica Basin below, the limestone peak of Mt Lycabettus is worth a day trek.

Derived from the Greek word for wolf, the name is perhaps inspired by the legend that these creatures once roamed the mountain during the era of Pericles. Pack a bottle of water (and don’t forget your camera) and begin your walk from Aristippou Street in Kolonaki, which gradually winds upwards to the summit via a zigzagging staircase.

Time your visit to arrive around twilight and you’ll be treated to an illuminated picture of the city against the calm turquoise backdrop of the Aegean Sea. From the observation deck at the peak, you can spot the famous little white chapel of Agios Georgios, gleaming in the sun.

Here, hikers can also reward themselves with a much-needed beverage at the café, or a memorable concert in the large open-air theatre. If it happens to be hot and a trek in the sweltering heat is not on your agenda, take the retro-looking funicular, which departs from Ploutarchou and Aristippou Street.