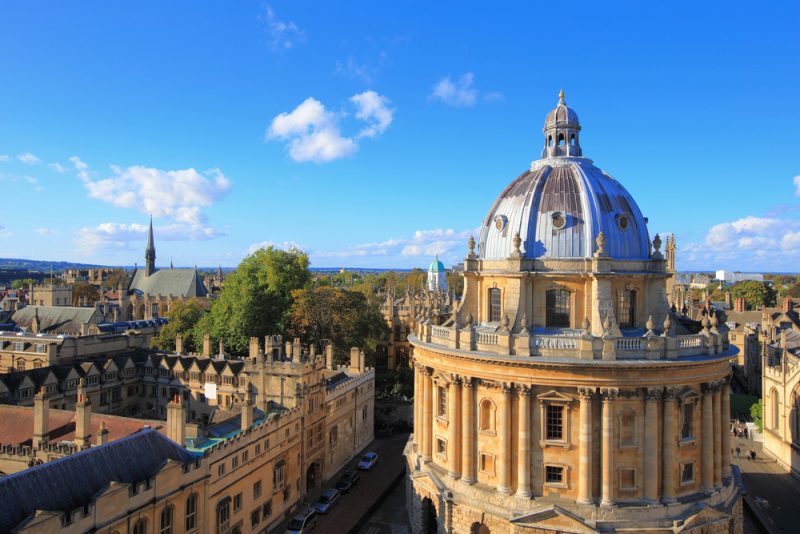 You often read travel pieces that will mention the place in question is ‘steeped in history’ or ‘culturally rich’, and that often is the case. But with Oxford it’s not so much steeped in history; rather a lot of England’s history stemmed from there.

Oxford is home to England’s first library, some of the oldest educational institutions in the world, home to one of the oldest (and to this day practically untouched) pubs, responsible for musing some of England’s finest literature and, of course, it was once the capital of England.

Yet, it’s not without modern influence. Cultural diversity is the very heartbeat of the city – with two universities providing an influx of thousands of eager, hungry minds through Oxford’s streets year on year. The result is a city that is also vibrant, buzzy and full of fantastic ways to while away a day or to spend some time exploring the cobbled streets in more depth. 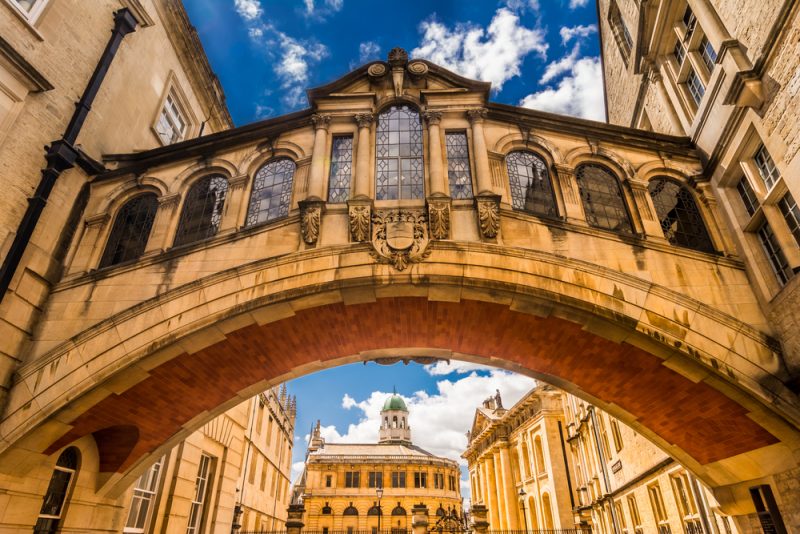 You’re not short of options for things to do, places to go and sites to see in Oxford.

Why not start your day with a trip up to the top of Carfax Tower in the city centre? Awaiting you are panoramic views of the city and rolling Oxfordshire countryside that surrounds. After the breath-taking vistas take a short walk down High St and you’ll stumble across one of Oxford University’s famous colleges; tours of these are provided regularly (you can even go into Hogwarts’ grand hall) which occupies a room at Christ Church College.

For more history it’s only a quick jaunt over to the Ashmolean Museum which has been providing cultural enrichment for its visitors since 1683. Another sure fire way to see other colleges and beautiful architecture, like the Bridge of Sighs and Bodleian Library, is to hop on an open-top bus tour of the city. As well as taking in the stunning buildings there’s plenty to do in the picturesque outdoors of Oxford. 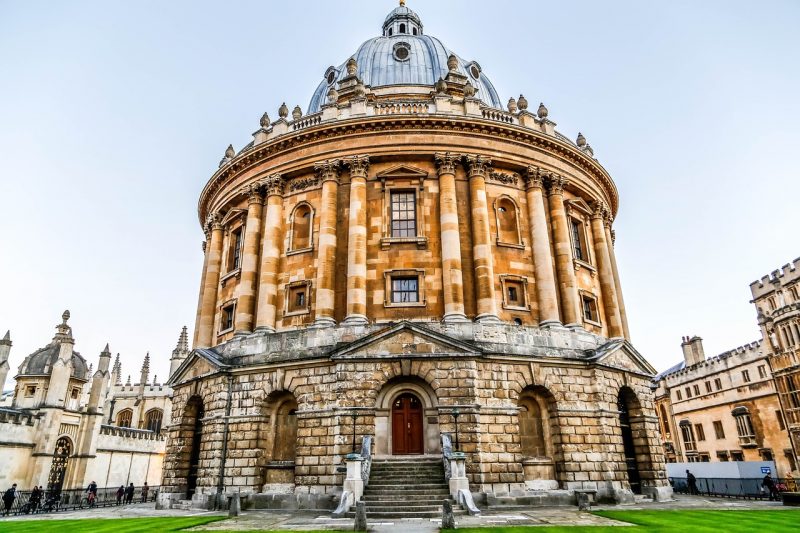 Take a saunter through the vibrant, palatial Botanical Gardens or you could always try a quintessentially English stroll by the river, at the University Parks. If the mood takes you, and the weather permits, you might want to take a punt of canal boating! Punting is a quintessential pastime in Oxford – especially when there’s Pimm’s involved.

When night falls, take a show in at the New Theatre – often used as a stop-off before hitting the West End –you’ll regularly find top bill actors and comedians on stage. For the more arty affairs whip round the corner to the Oxford Playhouse and take in a more independent production.

Unlike the street in London, Oxford isn’t quite as famed for its shopping. Cornmarket Street provides all the high street staples that you’d want and there’s a shopping centre if you feel that way inclined on your trip. For a more authentic shopping experience, however, head to the Covered Market – full of local shops, butchers, fishmongers and the best cake shop in town –if you don’t mind splashing a bit of cash that’s the place to go. 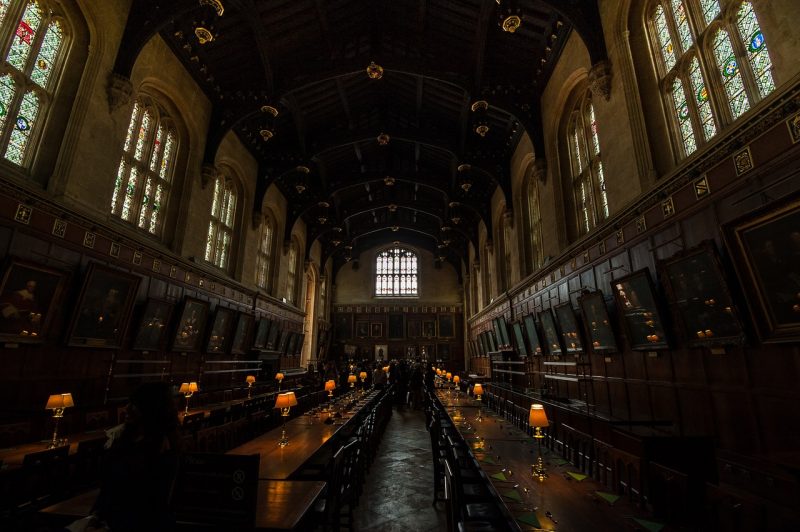 Being a student city, you’re never far away from a good old fashioned pub lunch. For some of the more renowned grub, head to the Chequers pub for their fabled fish and chips or The Victoria Arms, Marston, (10 minutes in a cab from the city centre) for some traditional fare in an idyllic surrounding.

Another student favourite is Atomic Burger on the Cowley Road the burgers there are spectacular and, for comedic value, are all named after famous people – The Forrest Gump, for example, is there plain and simple burger. You can always try their sister franchise Atomic Pizza, too, adorned with Marvel Comic figurines it’s responsible for some delicious, experimental pizzas.

If it’s a bite of posh nosh you’re after, then Oxford has its fair share of award-winning brassieres and restaurants. The Malmaison is one of the top spots in town – it’s a gastronomical experience. For more fabulous fare head to the Quod, or for a succulent steak try Portabello in Summertown. A personal favourite would have to be the small but energetic tapas restaurant, Al-Andalus – their patatas bravas is to die for! 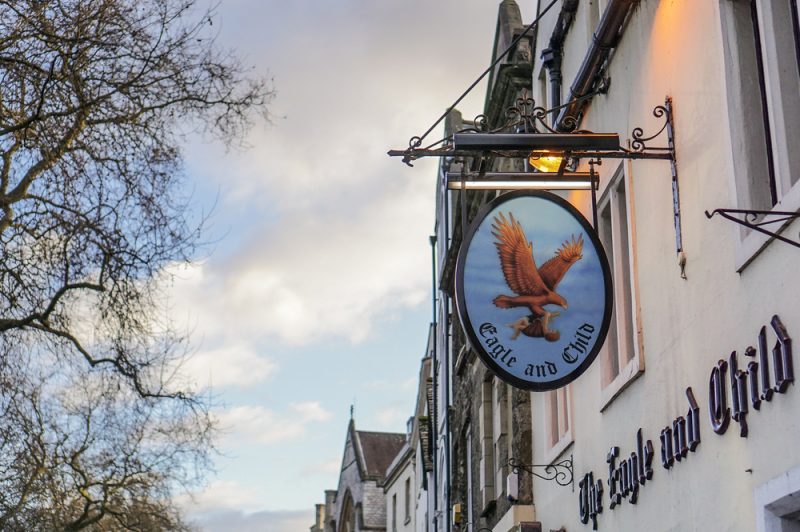 You’ll never have to quibble over a tipple in Oxford. There are bars, pubs and clubs aplenty for the discerning night dweller to revel in. For a drink with a dash of history head to The Eagle & Child, it’s the pub where Tolkien himself sat and scribed The Lord of the Rings and where Lewis Carroll penned Alice’s Adventures in Wonderland.

Another popular haunt over the years for scholarly and political figures alike is the Turf Tavern – ensconced in the middle of town it’s a tricky one to find but it’s got great beer and chalked across the walls are tales of yesteryear, when the likes of Clinton chugged a yard of ale there!

In the evening the place to try is Raoul’s Bar, Jericho. The cocktail haven is known, nationwide, for its corking cosmopolitans and award-winning cocktails – The Sunday Times listed them in their top 50 bars in the world so you’re in capable, flavoursome hands. As the night progresses head to Park End for the strip of clubs that’ll offer you pumping tunes and an insight into the student nightlife that envelopes the town. If you prefer the late-night laid back option then Thirst Lodge keeps offers a relaxed atmosphere; unwind in the heated outdoor area to round off the night. 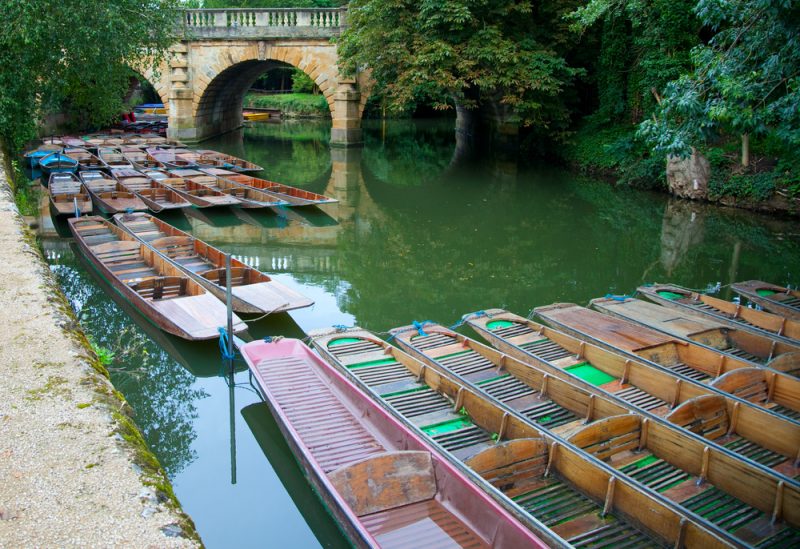 From luxuriant to laid back there is somewhere for every head to rest in Oxford. If you’re visiting for a special occasion then The Randolph or Four Pillars hotels are probably the best choices. Set in the heart of the city these hotels ooze opulence and make for a memorable stay.

If you’re willing to venture slightly out of town then the Crazy Bear hotel is an experience like no other. Adorned with rich leather upholstery and classic chandeliers this hotel is simply incredible and will make your trip impossible to forget.

But if all of that’s a little too much to part with then why not stay at one of the famous colleges? Keble College has its own B&B, giving you a flavour of the historic scenery whilst being a little kinder on the purse-strings.