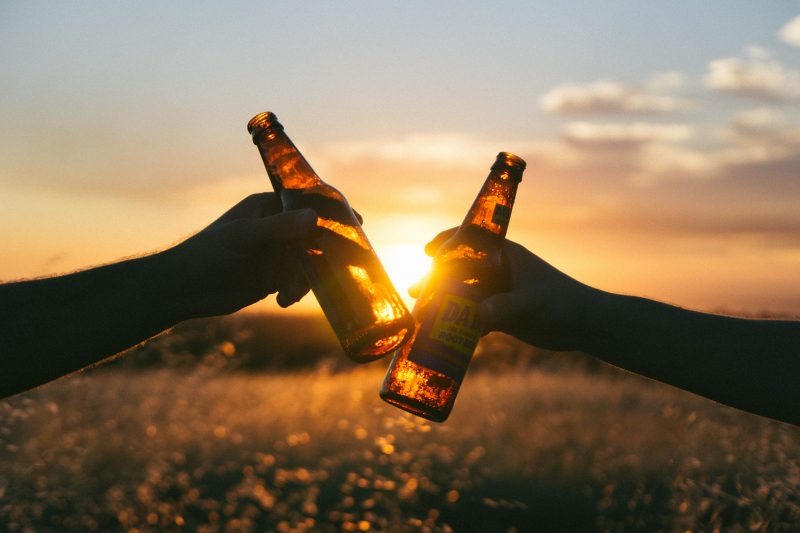 The British summer is, very nearly, upon us. And that can only mean two words. No, not ‘Rain’ and ‘again’ – we’re thinking more of ‘pub’ and ‘garden’. Have two words ever better evoked the joy of a British summer?

If you’re heading out and/or about as the sun begins to emerge, you’re almost certain to come across a beer garden. Here are half a dozen of the best we’ve found around the UK (and believe us, it was thirsty work). 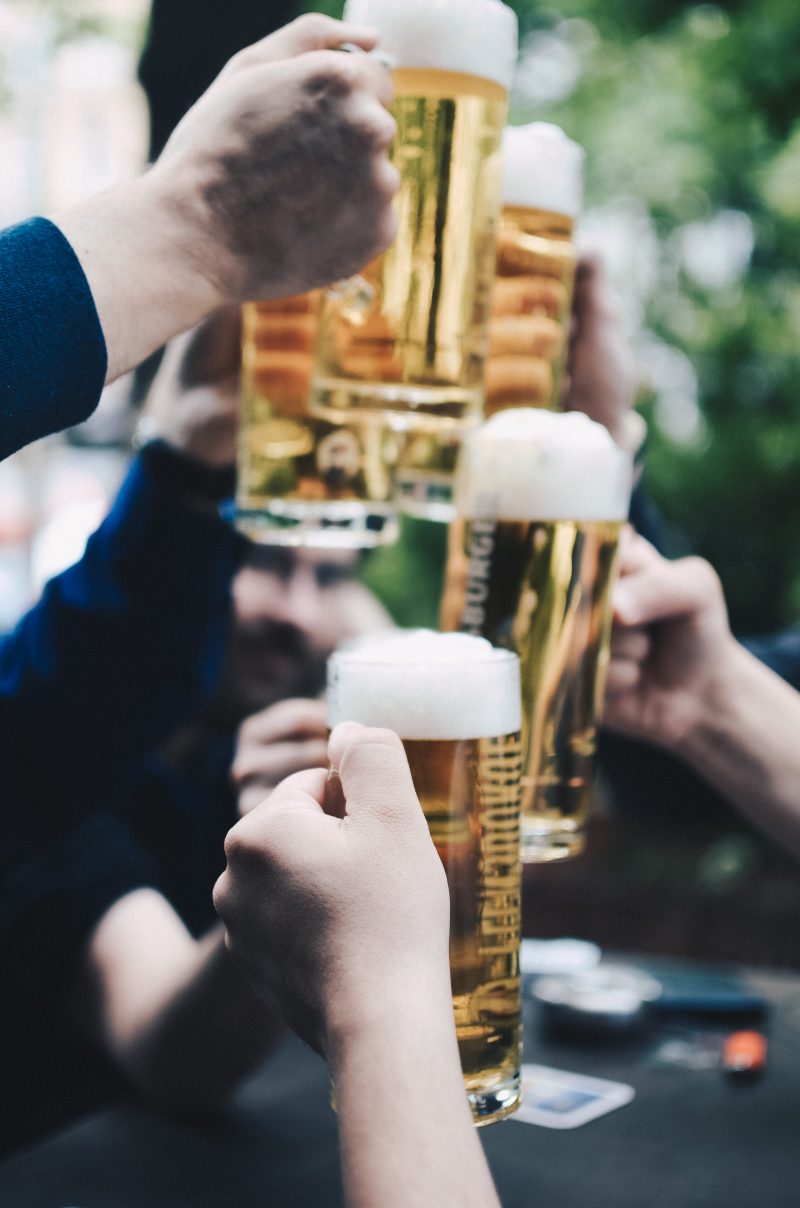 With hearty food, superb cask ales, and wonderful views of the surrounding peaks on the menu, this pub has been a welcome rest for walkers and travellers for many a year. In fact, quite a few of those drinkers of yore are still there – The Castle is said to be one of the most haunted pubs in the UK. All the more reason to have a stiff drink while you’re there.

This 18th century pub began life as a Coaching House, catering for thirsty travellers from far and wide. What was once the village green is now a lively beer garden. And contrary to popular belief, it doesn’t always rain in Manchester, so this is a great place to enjoy fine wines and really fine ales as you watch the world go by.

Right on the River Nene, The Brit is a hit with local landlubbers and water-based travelling folk alike. There’s always a boat or two moored up beside the extensive beer garden. And with generously portioned food and a comprehensive wine list and Cask Marque accredited real ales, it’s no surprise. It’s pretty popular with ducks too, but please don’t give them any beer – it plays havoc with their quacking. 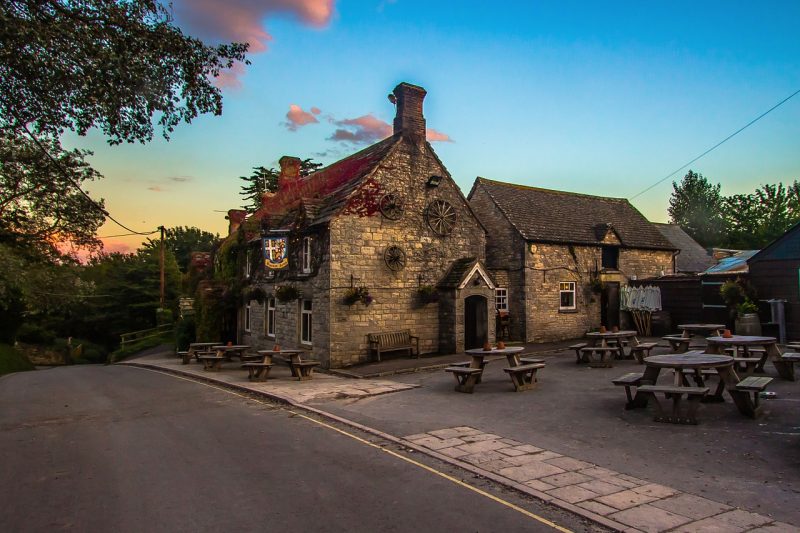 Tucked away down a narrow winding one-vehicle track in a sleepy rural setting, this pub has won countless awards for its food and drink since it first took the towels off the pumps in the 17th century. Sitting and sipping in the Sussex sunshine, you’ll take in fine vistas towards the ancient towns of Winchelsea and Rye. (And no, there’s no apostrophe in ‘Queens’. Maybe they hadn’t been invented in those days.)

Boasting an imaginative wine list, an impressive beer menu, a mouth-watering cocktail inventory and food that’s renowned for miles around, this gem of a pub is a great place to while away an afternoon. The beer garden is a real sun trap (and for southern readers, yes, the sun does reach Aberdeen). Not only that, but most nights, your beverages will be accompanied by live music too.

OK, not strictly a pub garden, but sitting outside this bow-fronted Georgian tavern beside a picturesque cobbled street is a capital treat. Offering spectacular views of the Thames, Canary Wharf, and the O2, it’s a splendid location to watch the sun go down. And if it’s complemented by one of the local ales and something delectable off the extensive menu, it’s pretty much an unbeatable way to end a summer’s day.

So (hic), there you have it – our six favourite pub gardens. Obviously that’s not an exhaustive list. There are fabulous beer gardens all around the country, ripe for discovering on your travels. If you know one (or more) you think we should know about, let us know in the comments section?