French connection: a guide to Paris

Paris: the moving postcard. The living museum. The city inside a palace. Of all the millions of words written, countless pictures taken, innumerable memories shared, and endless advice given – nothing can ever encapsulate exactly what makes Paris so marvellous, and how exactly you should experience it for yourself. However, being industrious and undaunted chroniclers of all things hidden and surprising, we’ve come up with a few suggestions to make the most out of your visit to La Ville-Lumière.

Strutting across the 3rd and 4th arrondissements, the Marais is one of the most vibrant, contradictory, and stimulating neighbourhoods in Paris. Over the years, it has been the haunt of the aristocracy, a centre of Jewish life, a gritty working-class neighbourhood, home to a burgeoning Chinese community, a tourist mecca, and a haven for all things hip and trendy. Today, the area’s unique heritage is on full display with a variety of vintage shops, designer stores, galleries, Asian markets, museums, and kosher restaurants.

Many visitors to the Marais flock to L’As du Fallafel for their fix of fried chickpea balls of delight. However, the line can sometimes be soul-crushingly long, so opt for the unassuming Mi-Va-Mi across the street, which serves falafel just as nice. Or if you’re looking for something a bit more upscale, try Chez Hanna or Chez Marianne. If you want to attempt to avoid other tourists entirely, venture down to Pitzman, a small, family-run kosher restaurant flying under the tourist radar on a small side street. This homey and friendly place is always packed with loyal locals enjoying the efficient service and affordable menu of falafel sandwiches, pizza, bagels, pastries, and more.

Also, don’t miss the Marché des Enfants Rouges, which is perhaps most emblematic of the neighbourhood’s history. The oldest covered market in Paris, this delightful place is filled with vegetables and fruits of all varieties and provenance, wine, flowers, cheese stands, and food stalls selling Japanese, Italian, French, Caribbean, and Middle Eastern goodies.

For a bit of refreshment, grab a coveted seat at Le Petit Fer a Cheval, a tiny bar that pretty much defines the word charming. Across the street, the sophisticated but friendly La Belle Hortense offers the irresistible combination of wine bar and bookstore for lovers of both.

Head to the bustling Latin Quarter to draw energy from the hedonistic atmosphere and ambitious optimism of students rushing about so purposefully. Here, along one of the oldest streets in Paris, with its full medieval heritage on display, you’ll find the Church of Saint-Séverin, a gorgeous Gothic cathedral with all the trimmings – disturbing gargoyles, stunning stained glass windows, and a compelling collection of etchings by Georges Rouault.

If you’re feeling intimidated by Europe’s brightest buzzing around the streets, then a pilgrimage to the legendary Shakespeare and Company bookstore might be in order. An undisputed icon of the Parisian literary scene, this independent shop has played a role in the lives of luminaries such as James Joyce, Ernest Hemingway, Samuel Beckett, and William Burroughs. However, all that fame can make the place quite crowded at times, so if you’re looking for something a bit more low-key, then try the nearby San Francisco Book Company, which offers a great selection of used books piled from floor to ceiling.

All this culture can create quite the hunger, and luckily one of the tastiest spots in the city is located just down the street from San Francisco Book Co. While L’Avant Comptoir was designed to offer denizens of neighbouring Le Comptoir a place to take the edge off their hunger while waiting for one of the popular restaurant’s notoriously hard-to-get tables, it is actually a foodie heaven in its own right. If you’re claustrophobic or require impeccable service, then you might not be able to handle this packed, standing-only room with a view of magic being made. This place is all about the food and it shows. If you don’t speak French, no worries, just gesture at the images of menu items flapping on laminated sheets of paper above your head and help yourself to the communal bread, butter, mustard, and pickles that accompany the sumptuous small plates and charcuterie on offer. The wine selection is perfectly suited to the food, each bite will astound you, and the final bill will fit snugly into any budget.

After indulging in the delights of Paris, there’s no better way to rejuvenate than paying a visit to the no-nonsense hammam at la Mosquée de Paris. Be transported into another world of echoing chambers marked by marble columns and beautiful tile mosaics glistening in steam as you walk through varying levels of heat intensity. Cool down afterwards with a refreshing mint tea in the garden.

Day of the Dead

Put it all into perspective by plunging below the streets of Paris into the Catacombs or paying homage to the graves of the famous in Montparnasse and Père Lachaise cemeteries. Located in the 14th arrondissement, the Catacombs of Paris might be a tad morbid for some tastes, but for others they offer a completely new take on the city and its fascinating history. Wander through a series of caverns and tunnels stacked from floor to ceiling with the bones (and skulls, sacré bleu!) of more than six million former residents of the City of Lights.

In Montparnasse and Père Lachaise, admire incredibly ornate tombs, evocative statues depicting the act of mourning in all its guises, moving memorials to important historical events, and lovingly maintained shrines to iconic artists, writers, musicians, and other influential figures of the past. If you can only handle so much melancholic contemplation, then just visit Père Lachaise, which might be the most quintessential of cemeteries, replete with black cats darting about and the mournful caw of crows flying above a maze-like series of winding paths, crumbling stone stairways, and steep hills. 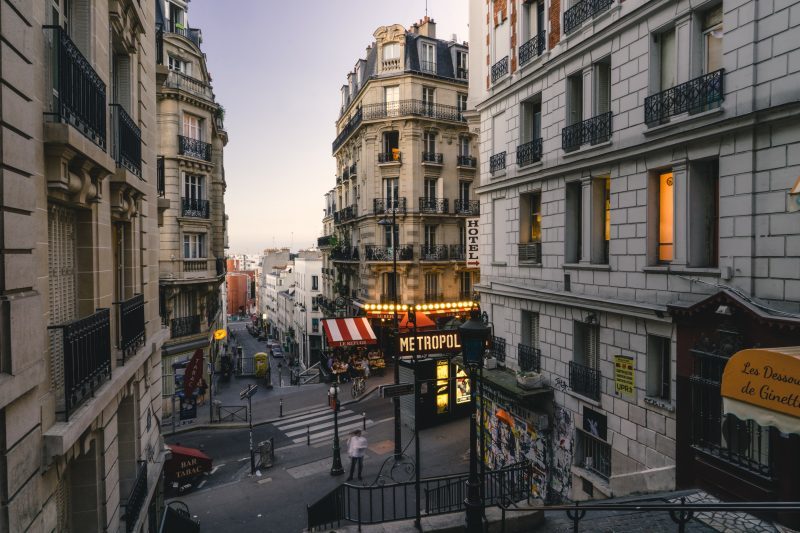 Best of the Rest

Simplify your art consumption by avoiding the lines and enormous scale of the Louvre, Orsay, and Pompidou by getting more for your Monet at the Musée l’Orangerie, which is best known as home to Nymphéas, but also hosts an impressive collection of impressionist and post-impressionist masterpieces.

Or take your art with a glass of wine at Willi’s Wine bar, where you can admire and purchase the iconic bottle art prints lining the walls, a series by contemporary artists spanning three decades. Feel like an insider at Candelaria in the 3rd arrondissement, a secret cave-like bar serving creative cocktails behind a white door at the back of what seems to be your average tiny taqueria.

Catch a film with atmosphere to spare at La Pagode, a truly astonishing and lovely theatre housed in an intricate replica of a Japanese pagoda, hidden in the heart of a residential neighbourhood in the 7th arrondissement. Afterwards, head to Il Vino, where wine comes first and the food is created to match, to experience the incredible palate of Enrico Bernardo, who became the youngest ever to win the title of Best Sommelier in the World in 2004.

Get your fix of inventive prix fixe menus at Frenchie, a cosy bistro serving deceptively simple dishes bursting with flavour; L’Apibo, a refreshingly unpretentious spot with friendly service and inspiring food; and Le Chateaubriand, the provocative and playful darling of brilliant Basque chef Iñaki Aizpitarte, which has been ranked on The World’s 50 Best Restaurants list for the past five years.