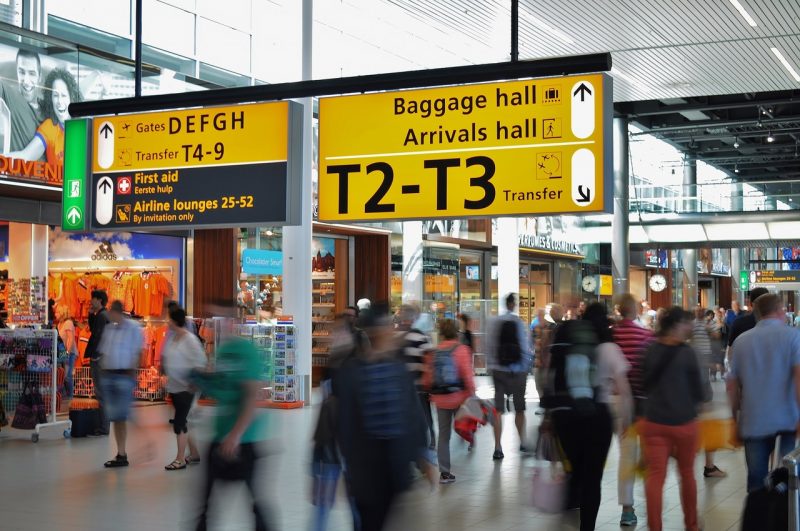 Never ever do any of these 11 things at an airport 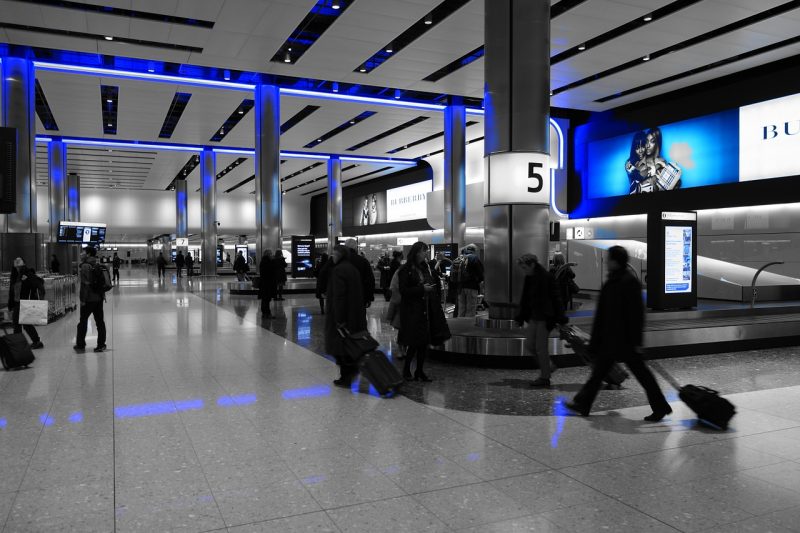 You know this by now, people. Leaving any luggage at an airport for any period of time induces mass hysteria followed by the SWAT smashing through the windows to take down the perpetrator. Which will only lead to further “do not leave cases unattended” announcements over the tannoy and none of us want that.

All joking aside, leaving luggage alone is irresponsible and can cause unnecessary drama and work for the people who have to deal with it. Be vigilant and always remember to keep your belongings on you.

DO NOT BE THIS PERSON! Sorry but the shouty capital letters are fully justified here. Going to an airport is never such an impulsive decision that you shouldn’t have everything ready and prepared for all stages of airport check-in and security. This also includes gathering your belongings after they’ve been through the security x-ray. Once you see your tray appear from the scanner take it off to the side and reacquaint yourself with your belt, watch, loose change and whatever else you may have so the rest of us can do the same.

Take too long at security

Right, enough with this carry on. When you reach this point you should have all your carry-on items ready for a smooth transition through security. This means all liquids going in your hand luggage need to be 100ml or less and they need to be put in a sealable clear plastic bag. If you wear a belt or hoodie take it off before you get to the conveyor belt – it saves time. Make sure all laptops are separated ready to go through the scanner. C’mon guys, you know the drill by now.

We all know about the ‘obligatory’ pre-flight drink, even if it is 6am and you haven’t fully woken up yet. But there’s no need to get liberal with your libations, because we’ve also all heard the tales of airport drunkenness and people missing flights. The likelihood is you worked ruddy hard to get on that plane and enjoy that holiday so don’t jeopardise it up because you think swigging back 6 G&T’s before boarding is a good idea.

The kids are screaming. Your flight’s delayed indefinitely without explanation. Those 2 pints of lager are kicking in. There are a number of triggers in an airport that can make us lose our cool and want to fly off the handle. Don’t. Don’t forget that despite the fact you’re likely jetting off to relax in warmer climes the people stuck attending check-in desks, serving in airport lounges or trying to establish why a flight is delayed are all working and have enough stress just doing their day-to-day work, without you threatening to write them a feisty letter of complaint. They just don’t need or deserve it. And it won’t help your plight in the slightest.

Make a mad dash for it

We’re convinced this is a little practical joke played by airport staff so they can watch us down our overpriced drinks we just ordered and frantically make a dash to the gate only to be confronted by yet another queue. We’re of course talking about the moment when the departure board changes from Delayed to BOARDING NOW in a matter of seconds. Crisis! Cue the mad scramble to the gate, panting and perspiring like an Olympic sprinter with the finish line in sight only to be greeted by an empty boarding gate and another inevitable wait.

It’s not big, it’s certainly not clever and you’ll be impressing no one with this kind of chat. Security staff have it hard enough nowadays trying to ensure everyone has a safe flight without someone shouting expletives, talking about stashing drugs or worse… dropping the ‘B’ word when going through security checks. Behaviour like this won’t be tolerated and you could end up with a hefty fine at the very least.

Be a gate prowler 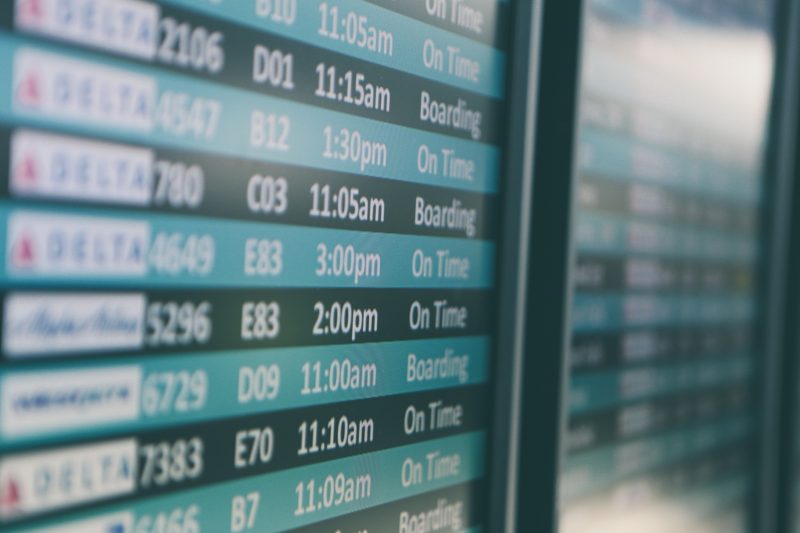 We see you. Don’t think we don’t. Civility reigns around the boarding gate until those nimble few hear a murmur from the announcement speakers and before you can say “gate 21a is now ready for…” hordes of ninja-like passengers have claimed their spot at the head of the line, which now stretches all the way to gate 21c. And we all know why they do this – in a world of allocated seating, priority boarding and even pre-booked seats, we all know where we’re sat – this is a turf war for overhead locker space. The quicker you get on the better guarantee you have of securing space for your hand luggage. Before you hear the heart-sinking sentence from the air steward “I’m afraid there’s no more room in the overhead lockers so your bag will have to in cargo…”

Hail down a plane 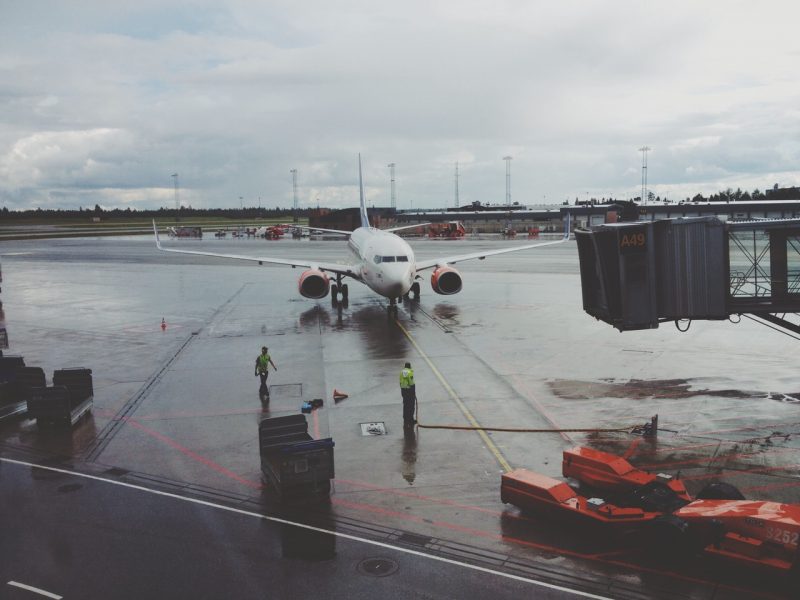 You may chortle at this one but it has happened and we dare say it’ll happen again. You mustn’t treat airplanes like a Friday night cab and think, because you’re only the half hour late, you can somehow access the runway, hail down the aircraft and hope that it’ll heed your flapping, flailing warning, come to a complete stop and allow you to embark to a chorus from fellow passengers of, “phew we thought you weren’t going to make it!” and “haha! Classic John and Mary.”

Despite the British penchant for queuing nobody actually enjoys this exasperating practice. We all have to endure it and, sadly, at an airport there is a higher concentration of queues than anywhere else on the planet – including Primark. So deal with it. Everyone else has to. Don’t jump the queue, pretend you have relatives conveniently waiting at the front of the line, or let on that you have some sort of queue jump. This isn’t Thorpe Park.

Getting up at silly o’clock and making sure you get yourself to the airport on time can be tricky, but once you’re there stay strong, remain focussed and make sure it’s a double shot of espresso you order to see you through to your flight time. Resist the temptation and DO NOT sleep while you’re waiting to board. Once on board to can float off to dreamland and wake up revived and ready to enjoy your holiday fun. What you don’t want to do is wake up revived in terminal 3 to find out everyone has left you behind.