Home » Travel » Visit Prague: the city that sleeps on the river 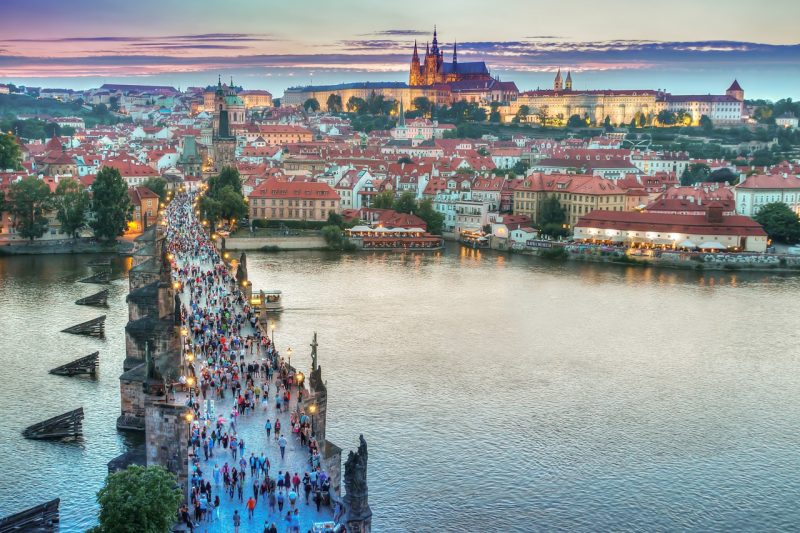 Visit Prague: the city that sleeps on the river

Baroque. Bohemia. Breweries. These are just some of the words that spring to mind when we think of Kafka’s fairy-tale city. But where to begin with the Eastern European jewel that is Prague? Here are a few things to keep in mind as you explore the city that sleeps on the river.

Forget the stodgy dumplings; here you’ll enjoy a unique selection of pub grub like you’ve never tasted before. From giant pretzels the size of your hand to smoked mackerel and raw beef on toast (followed by a pint of the famous Pilsner nectar); it’s the perfect excuse for a well-earned pit-stop. U Radnice in Old Town Square is popular with the locals and is the place to sample some hearty Czech pub grub on a budget. U Medvídků, a Czech beer hall, is one of many pubs offering a somewhat misleadingly named delicacy: head cheese (which is in fact more like a terrine). If you don’t have a minute to sit, sightseeing fuel on-the-go comes in the form of smažený sýr, a hearty treat of gooey deep-fried cheese served in a soft bun.

Czech these places out

With so much to do during Prague’s daylight hours, you’ll find marvelling at its ornate landmarks an activity in itself. So be prepared to get snap happy with our top five spots for the perfect picture. 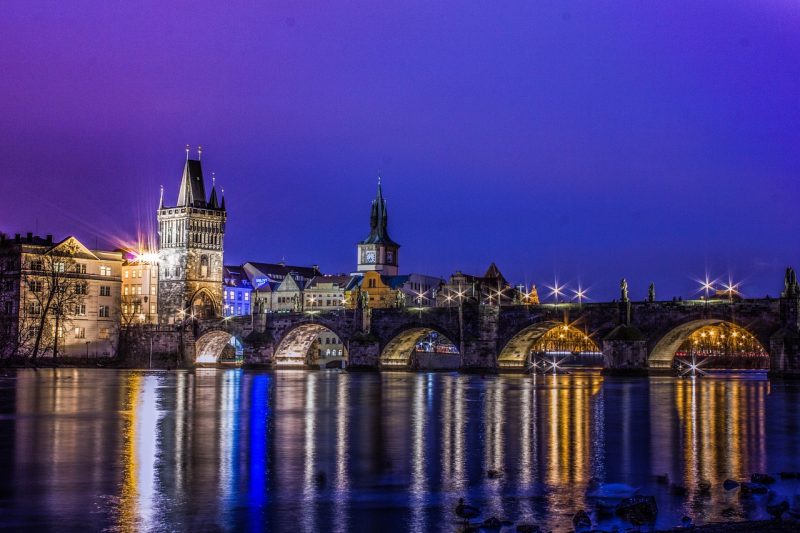 You’ll never forget your first stroll to the city’s Old Town across Charles Bridge. When construction began in 1357, legend has it that the first brick was laid by the second king of Bohemia, Charles IV himself. If you can avoid the bustle of the evening crossing, make time to visit at dawn. Drink in stunning views of the city, reflected in the river Vltava, and have your picture taken against the haunting Gothic backdrop.

Having recently celebrated its 600th birthday, Prague’s astronomical orloj is the oldest working clock of its kind. Positioned on the south-facing wall of Old Town City Hall, it has dials representing the position of the sun and moon, and an hourly show also displays the walk of the Apostles. You’ll never again witness a work of art quite like it. But if you really want to know the local time, just follow the golden hand. 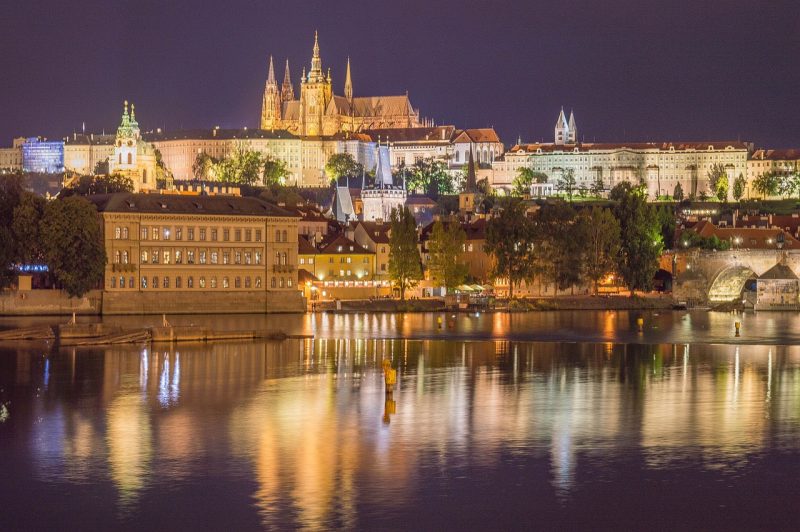 Ever wondered where the Bohemian crown jewels are hidden? With its foundations dating back to the 9th century, here stands one of the most ancient castles in the world. From kings and queens of old to the current Czech head of state, the castle has housed an impressive list of residents and is beautiful to behold up close or from afar, as it commands the Prague skyline.

The mysterious fort of Vyšehrad is steeped in history, with striking views from the top of Vyšehrad hill. Abandoned as a home by Charles IV after his move to Prague Castle, the fortified residence underwent many renovations over time, and was remodelled as a Baroque fortress in 1654. With its Gothic tower Libušina lázeň preserved from the Middle Ages, it’s another piece of the puzzle in your search for Prague’s heart line.

Whether you’re a fan of the Beatles or not, you’ll be pleasantly surprised as you turn the corner to be greeted by the sight of John Lennon wall. Along this symbol of love and peace, you’ll find poetry, daisy chains and messages of hope from all walks of life displayed here – another poignant reminder of how influential and meaningful Lennon was to people all over the world.

[tweetshare tweet=”Where to begin with the Eastern European jewel that is Prague?” username=”TheLeisureHub”]

Put a ring on it

Stuck for a gift? Or a little souvenir for yourself? With amber and garnet in abundance, glittering caves of jewellery await the ardent shopper. Speak to the shopkeeper for the story behind their wares such as the age of your chosen piece, detected by its colour, or secret shapes locked within the resin. Try Golden Crown Jewelry shop, founded by the chemist of King Charles IV, for the ultimate romantic memento.

After many a hearty helping of dumplings and goulash, skip the pudding and head on over to one of Prague’s Belgian chocolate shops, such as Old Town’s ever popular V!va Praha. If you wish to take your quest further, nip behind the scenes and discover a display of opulent mugs for drinking chocolate and praline-making demonstrations. Not only are they the most mouth-watering chocs you’ve ever tasted – you can enjoy cherry-picking your own bag of treats and taking an easy stroll around Old Town, soaking up the atmosphere. The perfect way to end your Prague retreat.